Cuba signs deal with Google to connect to modern internet 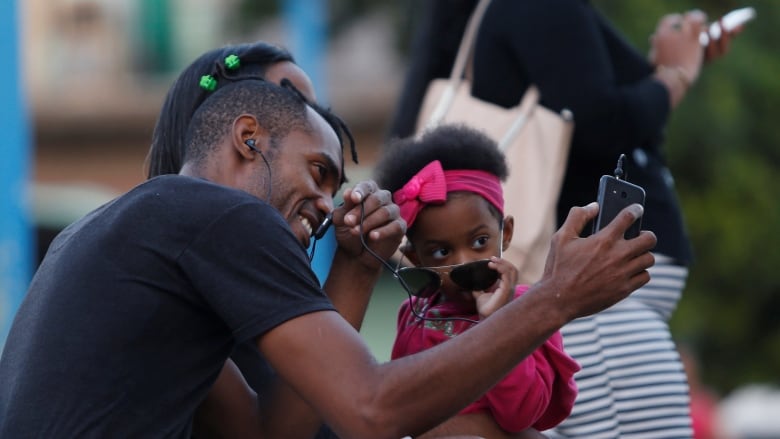 People use the internet at a hotspot in Havana, Cuba, on Dec. 18, 2018. Cuba and Google signed a deal Thursday moving the island one step closer to having a state-of-the-art connection to the modern internet.(Reuters)

Cuba and Google signed a deal Thursday moving the island one step closer to having a state-of-the-art connection to the modern internet.

The American internet giant and the Cuban government agreed to create a seamless, cost-free connection between their two networks once Cuba is able to physically connect to a new undersea fiber-optic cable that would be laid sometime in the future.

With that cable in place, the so-called peering deal linking Google’s global internet backbone directly to Cuba’s local network would allow Cubans to connect faster to content hosted on Google servers. It would also reduce the Cuban government’s cost of connecting users to Google content.

Network owners like the Cuban telecoms monopoly Etecsa currently must pay third-party operator fees for passing traffic along to sites such as YouTube, Google Maps and Google.com.

“We are excited to have reached this memorandum for the benefit of internet users here in Cuba,” Brett Perlmutter, the head of Google Cuba, said before signing the deal.

Cuba currently has a single fiber-optic connection running under the Caribbean to Venezuela that has been unable to provide the island with sufficient capacity to support its relatively small but growing group of internet users, for reasons never disclosed by either country’s socialist government.

No immediate effect, no timeline

Thursday’s deal will have no immediate effect on the ease of connectivity in Cuba, and neither Cuban nor Google officials provided any estimated timeline for the island’s connection to a new fiber-optic cable. That step could take years given the slow pace of Cuba’s bureaucracy and the obstacles thrown up by the U.S. trade embargo on the island. 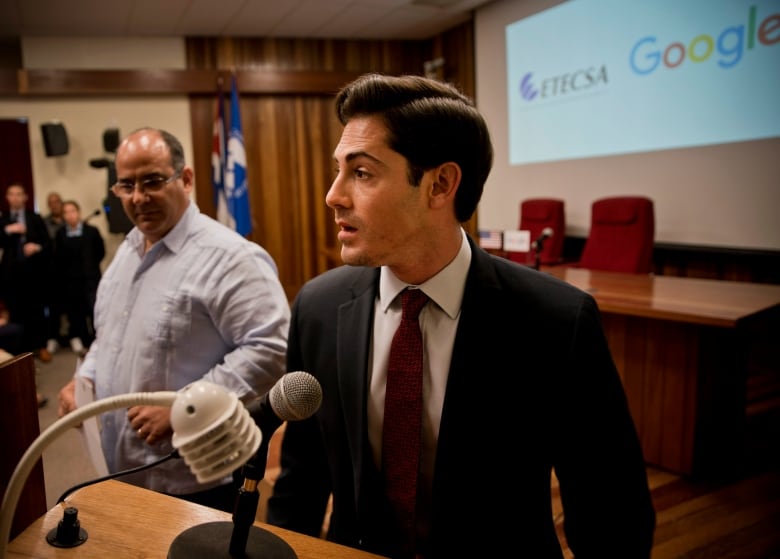 Google’s head of Cuba operations, Brett Perlmutter speaks to the press accompanied by Luis Adolfo Iglesias Reyes, vice president of investments of Etecsa, in Havana on Thursday. The American internet giant and the Cuban government agreed to create a seamless, cost-free connection between their two networks once Cuba is able to physically connect to a new undersea fibre-optic cable. (Ramon Espinosa/Associated Press)

The embargo does contain legal exceptions allowing deals to increase telecommunications capacity in Cuba, which makes Google’s work possible. Cuba already allows Google to run servers on the island storing Google content such as YouTube user information, a measure that has significantly increased the speed of accessing that content for Cubans.

The Google-Cuba deal also creates a working group of engineers dedicated to ironing out the details.

Cuba is rapidly leaving behind its status as one of the world’s least-connected nations, but its telecommunications infrastructure has been overwhelmed by millions of new users and service suffers from constant interruptions, slowdowns and some of the most expensive rates in the world, particularly for amounts of data beyond a few gigabytes per month.

Nearly two million Cubans in the country of 11 million have signed up for 3G service since Cuba opened mobile internet for its citizens late last year, and millions more use government-run Wi-Fi access points in public areas around the country.